Algorithm: A step-by-step description of how to accomplish a task.
Programs: A computer is a machine that manipulates data and executes lists of instructions known as programs.
Binary Number: A number composed of just 0s and 1s also known as a base-2 number.
Program Execution: The act of carrying out the instructions contained in a program. The process of execution is often called running. A computer program is stored internally as a series of binary numbers known as the machine language of the computer.
Compiler: A program that translates a computer program written in one language into an equivalent program in another language. A compiler that translates directly into machine language creates a program that can be executed directly on the computer known as an executable.
Java Virtual Machine(JVM): A theoretical computer whose machine language is the set of Java bytecodes.
Java Runtime: A program that executes compiled Java bytecodes.
Java Class Libraries: The collection of preexisting Java code that provides solutions to common programming problems.
Console Window: The console window is a classic interaction mechanism where in the computer displays text on the screen and sometimes waits for the user to type responses. This is known as console or terminal interaction. The text the computer prints to the console window is known as the output of the program and anything typed by the user is known as the console input.
Class: A unit of code that is the basic building block of Java programs.
Method: A program unit that represents a particular action or computation.
Statement: An executable snippet of code that represents a complete command.
Identifier: The words used to name parts of Java program are called identifier. Identifier must start with a letter which can be followed by any number of letters or digits. For example, the legal identifiers are - last, hiThere, ThreeBy6 and so on. It is also include the underscore and dollar sign characters(_ and $) which means that the following are legal identifiers as well:  _count, $1cake, MAX_COUNT and so on. The following are illegal identifiers: hi-There, 3by6 etc. Java has a set of predefined identifiers called KEYWORDS that are reserved for particular uses. Keywords can only use for their intended purposes. These words are not appropriate to use the names of identifiers.
Comment: Text that programmers include in a program to explain their code. There are two comment forms in Java. In the first form, open the comment with a slash followed by an asterisk and close it with an asterisk followed by a slash:  /* like this */
Second comment form for shorter, single-line comments. Use two slashes in a row to indicate that the rest of the current line is a comment: //like this
Program Errors: There are three kinds of errors . Syntax errors - occur when you misuse Java. Logic errors - occur when you write code that doesn't perform the task it is intended to perform. Logic error are also called bugs. Computer programmers use words like "bug-ridden" and "buggy" to describe poorly written programs and the process of finding and eliminating bugs from programs is called DEBUGGING . Runtime errors - are logic errors that are so severe that Java stops your program from executing.
Decomposition: A separation into discernible parts each of which is simpler than the whole.
Iterative Enhancement: The process of producing a program in stages adding new functionality at each stage. A key feature of each iterative step is that you can test it to make sure that piece works before moving on.
Static Method: A block of Java statements that is given a name. Static methods are units of procedural decomposition. We typically break a class into several static methods each of which solves some piece of the overall problem.
Method Call: A command to execute another method which causes all of the statements inside that method to be executed.
Flow of Control: The order in which the statements of a program are executed is called the program's flow control.
Common Escape Sequences:
\t   tab character
\n  new line character
\"  quotation mark
\\  backslash character
Decimal number vs. Binary number:
0                                     0
1                                     1
2                                     10
3                                     11
4                                     100
5                                     101
Unit of Memory Storage:
1 kilobyte(KB) = 1024 byte

Example of Class, Method and Statement:

Stay Connected with Family and Friends on the Skype 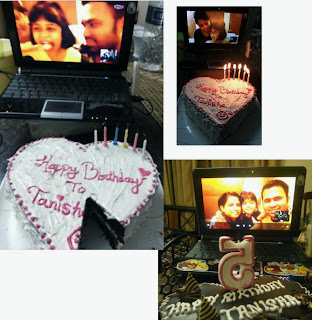 Entry 1:
Research questions:
Thesis: Despite the common view that the Internet causes antisocial behavior, it is an effective way to stay connected with family and friends transnationally.


When I heard I have to decide my own topic, that I need to write about. I was confused and did not understand what I should chose because I had no idea what and how to chose good research topic. Then I thought I could write about negative effect of using Internet because most of people know positive effect of using Internet, but they really do not have idea about how Internet creates negative effect. After that, I fixed my thesis and wrote some paragraphs. Then I came up I could write about privacy, crimes, diseases, and obesity using compulsive Internet because people who use Internet all the time they have more health problems than who do not use Internet often. When I wrote these privacy, crimes, diseases, and obesity paragraphs and showed our teacher, teacher told me I could not write all of them I have to chose one of them. After that, I was little upset because I could not think what I should write about, but teacher told me I could write about positive effect of using Internet and she also gave me some idea how I can chose good topic. But I made same mistakes I wrote few topics, but I need to write one specific topic.


Entry 3:
I found new that how people take care of their children on Skype while they are in work place. This is about sick children and how parents call nurse on Skype to see their children. This is another way to stay connected with family. I found it Bellevue College EBSChost and source is BMC Medical Informatics and decision making. This is the first time I looked Medical publication about connecting with family on Skype.
Observation:
I chose my friend's daughter to observe on Skype because I know them very well and they always talk with their family and friends on Skype. When I went their house to observe her, I just sat a corner and saw her how she interact with her family members while she was talking on Skype. I found it intriguing watched the six years old. She was jumping, laughing, and talking. She never board and talked all the time. They were speaking Bengali language. She said something very cute, but I cannot translate in English. She also complains about her mother to her grandmother on Skype.
Entry 4:
Here is my Survey's URL
https://www.surveymonkey.com/s/5R25W6Q
I create ten multiple choice questions about Skype. I asked people about their gender, using Skype, benefit of using Skype, and how they connected with their family and friends on Skype. My purpose was to know other people how they feel and stay connect with their family on Skype. I gain and got an idea how many people use Skype and what they think about Skype. The results is good because I got one hundred responses and that was surprise for me.


Entry 5:
Very beginning I wanted to write about negative effect of Internet because my husband always works on the Internet. I rally wanted to found out what kind of diseases can occur using to much Internet. Therefore, I chose bad things about Internet like online crime and obesity, but I need to write counter argument essay then I decided I should write good thing about Internet. After I wrote my counter argument essay, I decided I should continue my writing about positive aspect of Internet.
I think my interesting part when I wrote my paper about positive aspect of Internet, I realize that how much I like the Internet, too, especially Skype.
Entry 6:

Skype is important to me because I talk and stay connected with my family and friends on the Skype. On my survey eight out of one hundred people says they never used it and one out of one hundred people says they never heard about Skype. So it matters because when someone reads my paper they will know about Skype and how useful, cheap, and easy it is. This topic is timely because right now everyone can use it for free. If I do not use Skype I feel disconnected from my family and friends because there is no other way to see them. Ultimately if everybody use Skype, they will stay connected with their families and friends domestically and transnationally.

Posted by Mahbuba at 2:14 PM No comments: